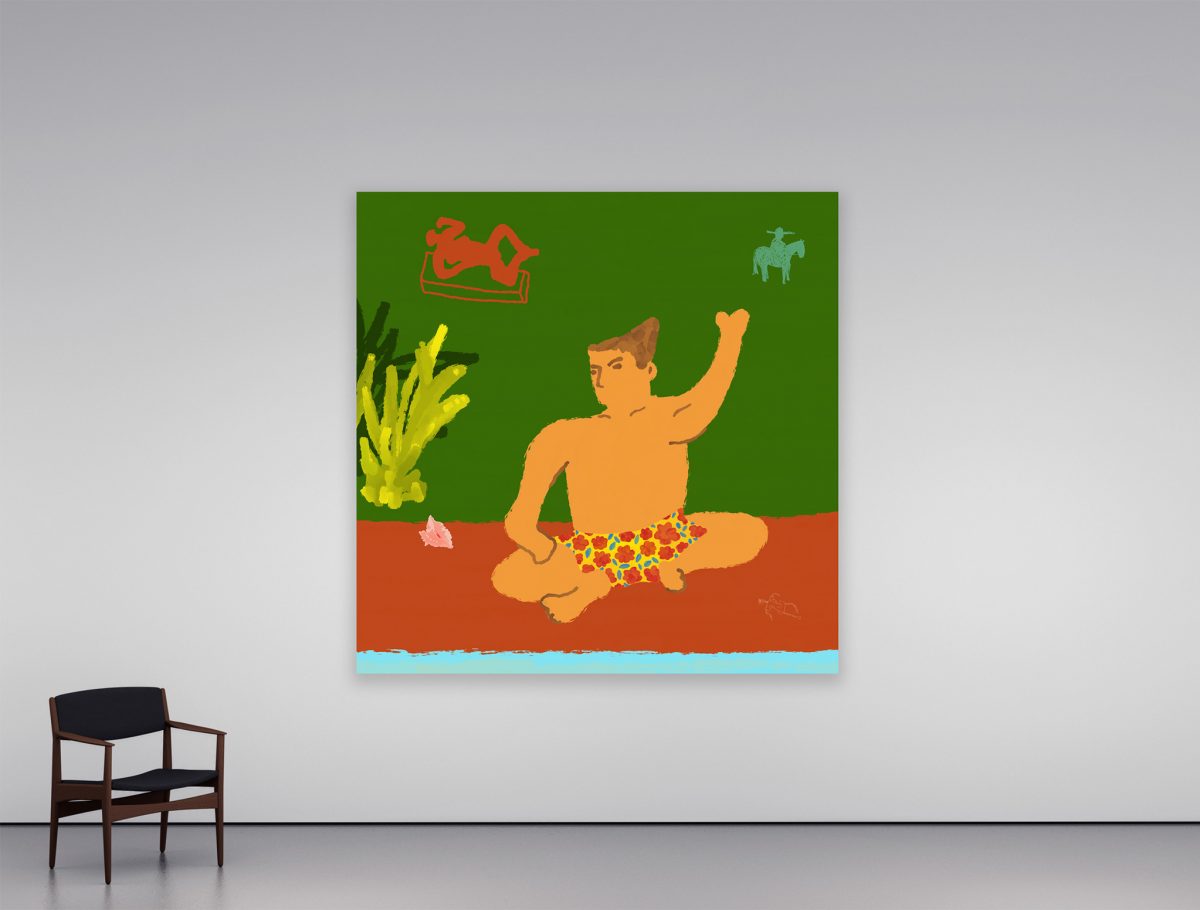 ALL THAT WE SEE. A SERIES CREATED DURING LOCKDOWN 2020

‘All that we see,’ is a suite of large-format digital paintings that reflect the touching points from everyday
and every night thoughts, our relationship with each other in the world around us.

Based in a dreamscape of reality, the series is comprised of imagined scenes with flurries of elements entering
as if scattered through dreams with dominating symbolism – but left in a ‘woke early’ state.

This timeless and simple gesture has become a symbol in everyday visual communication, including a much-used emoji.

Visual language crosses borders and continents easier than the written word carrying with it, of course, some cultural
variations which can be open to misinterpretation.

However, in this dreamscape, we are uncertain if the figure, which is based on a papier-mache Mexican model,
is waving (welcoming) to someone in front, or gesturing at the figure on a mule in the far distance behind.

The small Día de Muertos skeleton in the red sand to the right of the central figure might represent La Catrina,
the conch shell (sexual desire), and the reclining female figure above could be seen as either on a plinth or entering a grave.

These symbols also form four corners of an encircling device with a central figure, which can be expressing the
changing forces of birth, a fulfiled life journey, death and remembrance hidden within them.

Water could be interpreted as a new wave and life force arriving at the shore and the plant-form seen as bringing
new growth and energy.

Please use the contact form to enquire about sales and availability.

[Click on any image below to see larger files]